Helping Christian women with health issues cultivate a deeper faith in Christ so they can live an abundant life. 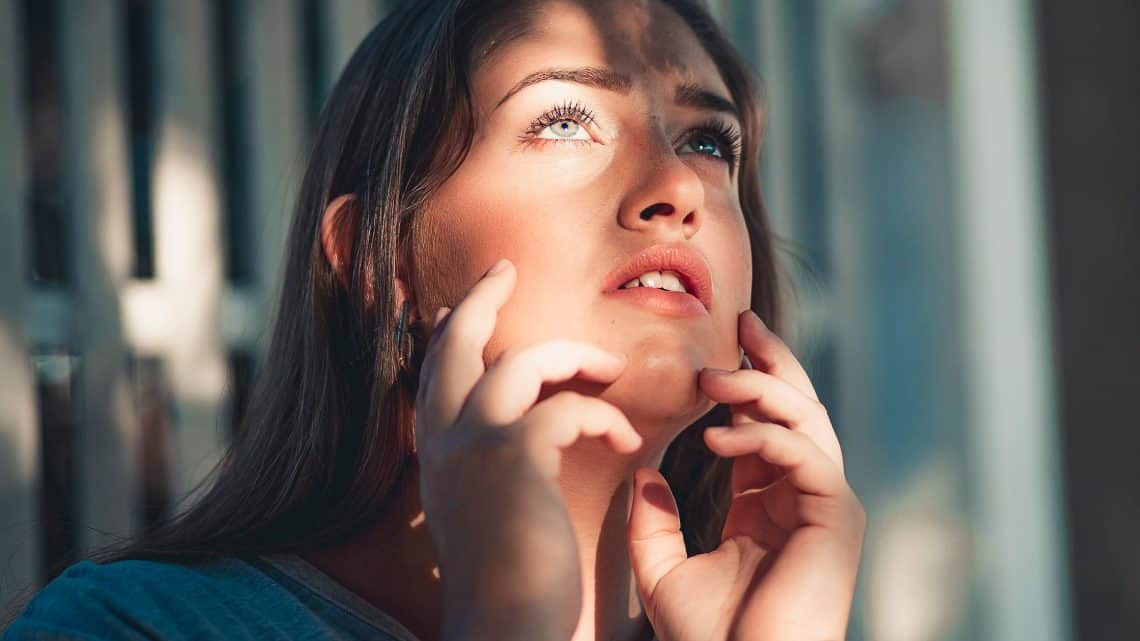 When I first received my chronic illness diagnosis, I felt both comforted and devastated.

On the one hand, I was relieved to finally have answers for why I was feeling so awful all the time.

But on the other hand, I was frustrated because this condition was chronic.

Which meant it would never go away.

I was going to have to adjust to a life with limited mobility. To accept a new normal.

Have you ever been there?

In a place where you realize life is never going to be the same?

How do we trust in God’s plan during moments like this?

When we don’t understand what God is doing? When we look around at our circumstances and nothing seems to make sense?

An Example of Trusting God in the Bible

We can learn a lot about how to trust God’s plan from the life of Joseph. (I’m just going to summarize it here, but you can read the whole thing in Genesis 37-50.)

Joseph grew up as the golden child. The favorite.

He knew he was destined for big things. And he had big plans for his life.

But he was also selfish, arrogant, and conceited.

We see this when he had a couple of dreams about his entire family bowing down to him, and then he had the audacity to tell his older brothers about his dreams.

(Let me tell you, as the oldest of 5 in my family, I can totally agree that this was not a very smart move!)

And shortly afterward, his brothers in a fit of jealous rage attacked him, threw him in a pit, and then sold him into slavery.

Joseph was only 17 years old. And he had lost everything.

He was taken to a foreign country where he didn’t know the language. And was surrounded by a pagan culture.

But he leaned on God and tried to do the right thing in it all.

Which led to her falsely accusing him and getting him sent to prison.

As a prisoner, he tried to do the right thing by helping out his fellow inmates, the baker and the cupbearer, by interpreting their dreams for them.

All he asked was that in return the cupbearer would remember him and mention him to Pharoah so he could get out of prison . . . but the cupbearer forgot about him.

Joseph kept trying to do the right thing. . . and only seemed to be rewarded for it with even more suffering.

He could have easily looked at his circumstances and thought none of this makes any sense.

But Joseph didn’t focus on his pain . . . he focused on his faith.

Joseph chose to believe that because the God who loved him was WITH him in everything, he could trust God’s plan . . . even when he didn’t understand.

And eventually, God’s plan began to make some sense.

God used Joseph to interpret two of Pharoah’s dreams. And then Pharoah put Joseph in charge of setting up a system that would help them set aside food during an abundant time of 7 years. Which would then prepare them to survive a 7-year famine.

Joseph’s actions saved the entire country of Egypt. AND his entire family.

Which would become the nation of Israel . . . which is the nation the Messiah would come from.

What does the Bible say about trusting God’s plan?

So, what does the Bible say about trusting God’s plan?

“And we know that God works all things together for the good of those who love Him, who have been called according to His purpose.”

Paul calls us to trust God’s plan because God is working ALL things out for our good.

Even the things that don’t feel so good.

The phrase “causes to work together” in Romans 8:28 is the Greek word synergeo (sin-er-gay-O).

The Greek root word for this is how we derive our English word “synergy”.

The definition of synergy is “the interaction or cooperation of two or more organizations, substances, or other agents to produce a combined effect that is GREATER than the sum of their separate effects.”

We tend to categorize things into “good” or “bad”.

While God sees how all those things can work together in perfect synergy to produce a combined effect that is GREATER than the effect of the good and bad alone.

The issue is when we are suffering, we tend to just see the issue. The thing that needs to be fixed. Our current problematic circumstances.

And not God’s bigger plan.

We see the problem. But God sees the potential.

How do you trust God in difficult times?

So, how do we trust God in difficult times? In all circumstances?

Well, when we look at Joseph’s story, we can see how he continued to honor God and do the right thing no matter where he was.

Whether in the palace living good. Or in a prison while suffering.

And he could do all of this because he was CONFIDENT of three things:

Joseph had confidence in the character of God even when he didn’t understand what God was doing.

The same God that was with Joseph through everything he went through . . . is also with you.

He loves you more than you could possibly imagine. And He demonstrated His love for you by dying a horrific death on the cross for you.

All so that He could save you. And be with you.

He gave up everything for you. Because He loves you.

All He asks is that you trust Him.

“Faith is deliberate confidence in the character of God whose ways you may not understand at the time.”

Joseph was enslaved at 17. And he didn’t see the potential in his situation until he was 30 years old.

This means he spent 13 long years suffering as a slave and a prisoner before he finally saw what God had been up to.

But Joseph was able to endure all those years of suffering because he knew without a doubt that the God who loved him was WITH him.

He knew that no matter what he faced in his life. God was right by his side.

To encourage him. Strengthen him. And comfort him.

“Joseph simply did what anyone in his circumstances would do who was confident that God was with him.”

If Joseph would have stayed in Canaan, he probably would have lived a mediocre life. A life no one would remember. A life that would never have made it into the history books.

Instead, God used Joseph’s hard times to get him to shine.

To put him into a position where Joseph could reflect God’s glory in a pagan culture and change many people’s lives.

And his story is still impacting lives today.

In Genesis 50:20, Joseph tells his brothers:

“You intended to harm me, but God intended it all for good. He brought me to this position so I could save the lives of many people.”

Joseph trusted that God could use all things for good.

Even bad things like being a slave. Being falsely accused and thrown into prison. And being forgotten.

He trusted that every part of his story . . . the good, the bad, and even the downright ugly . . . could all be used for God’s glory.

What does it mean to trust God’s plan?

The comforting truth of Joseph’s story and the promise held in Romans 8:28 which we talked about earlier, is that while our life will not be all rainbows and sunshine . . . nothing in our life is wasted.

It is all meaningful for those who trust Christ.

Our God is a good God.

He loves us. And wants good things for us.

But He also knows a lot more than we do about what we are going through.

So, we can trust that if the good God who loves us, is allowing a bad things to happen to us . . . it is for a reason.

A reason we may not be able to see just yet.

But we can choose to remember that the God who loves us . . . is WITH us in it all.

And He is working ALL things out for our good and His glory.

And be sure to check out these:

You May Also Enjoy 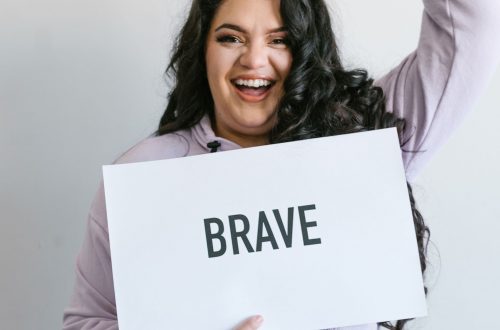 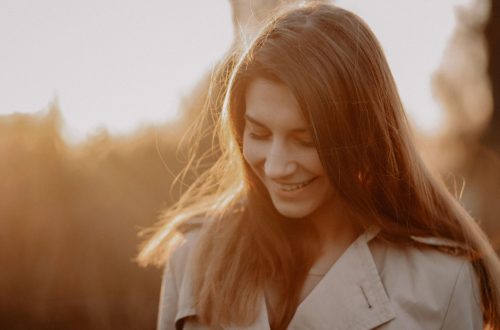 10 Convincing Reasons to Trust God in All Circumstances 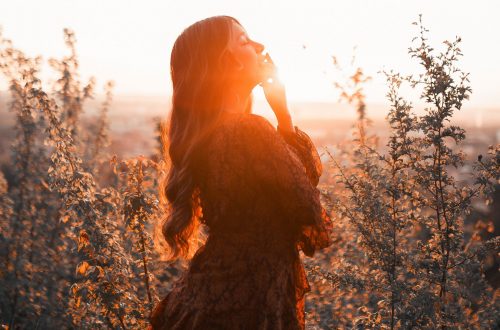 This site uses Akismet to reduce spam. Learn how your comment data is processed.

We use cookies to ensure that we give you the best experience on our website. If you continue to use this site we will assume you are cool with it.
.
Cookie SettingsAccept
Read More
Manage consent

This website uses cookies to improve your experience while you navigate through the website. Out of these, the cookies that are categorized as necessary are stored on your browser as they are essential for the working of basic functionalities of the website. We also use third-party cookies that help us analyze and understand how you use this website. These cookies will be stored in your browser only with your consent. You also have the option to opt-out of these cookies. But opting out of some of these cookies may affect your browsing experience.
Necessary Always Enabled
Necessary cookies are absolutely essential for the website to function properly. These cookies ensure basic functionalities and security features of the website, anonymously.
Functional
Functional cookies help to perform certain functionalities like sharing the content of the website on social media platforms, collect feedbacks, and other third-party features.
Performance
Performance cookies are used to understand and analyze the key performance indexes of the website which helps in delivering a better user experience for the visitors.
Analytics
Analytical cookies are used to understand how visitors interact with the website. These cookies help provide information on metrics the number of visitors, bounce rate, traffic source, etc.
Advertisement
Advertisement cookies are used to provide visitors with relevant ads and marketing campaigns. These cookies track visitors across websites and collect information to provide customized ads.
Others
Other uncategorized cookies are those that are being analyzed and have not been classified into a category as yet.
SAVE & ACCEPT